Home / News / How to Choose a Ferrite Core for Noise Reduction

How to Choose a Ferrite Core for Noise Reduction

A ferrite core is a material used in cables and other electrical devices to reduce noise. It is soft and can be processed into a variety of shapes. A ring-shaped ferrite is often used in winding coils. Other types of ferrite are available, such as Ni-Zn ferrite, which requires a higher amount of insulation.

The advantage of a ferrite core is that it is a strong resistor at high frequencies. It also dissipates absorbed energy as heat. This characteristic makes it ideal for reducing noise in a system with high frequency, but bead heat dissipation should also be considered.

Another benefit of ferrite cores is that they improve power quality. They are a great choice for improving the performance of power supply cables. In order to choose a ferrite core, it is important to know the exact frequency band of the noise you want to reduce. This is known as the resistive band and is an important part of the noise-suppressing properties of ferrite cores. Other important specifications of a ferrite core include its DC resistance and rated current.

A ferrite core's inductive and resistive properties depend on its frequency. Low-frequency ferrite cores are predominantly inductive, while their high-frequency behavior is resistive. This means that they are suitable for use in low-pass LC filters. They have good noise suppression properties, making them a popular choice in LC filter designs.

A ferrite core can reduce EMI to 1 mV peak-to-peak, and can reduce ringing associated with higher-frequency harmonics. They also offer additional filtering and isolation, which is particularly beneficial in noisy environments. Ferrite solutions are widely used in many applications, and they are made of ceramic compounds that contain iron, zinc, and manganese oxides. 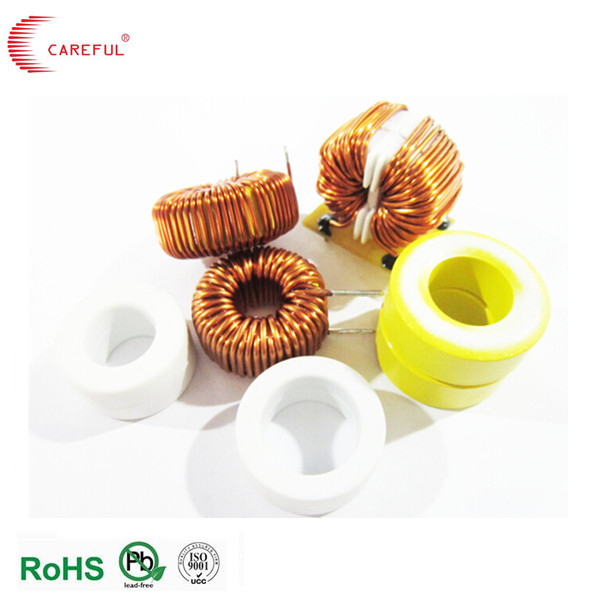